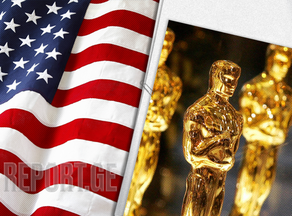 Oscar for Best Actress went to Frances McDormand for her role in "Nomadland."

The Best Actor Award went to Anthony Hopkins for "The Father." The actor plays an older man with dementia.

Oscar for the Best movie of the year went to "Nomadland."

The Oscar for Best Adapted Screenplay went to "The Father," the best animated feature went to Pixar's "Soul," and the award for Best Short Documentary went to "Colette."

The Oscar for Best Supporting Actor went to 32-year-old British actor Daniel Kaluuya for his role in Shaka King's "Judas and the Black Messiah."

The Oscar for Best Supporting Actress went to South Korean actress Youn Yuh-jung for her role in "Minari."

The 93rd Academy Awards ceremony was held at Union Station, Los Angeles. Due to the pandemic, actors followed strict protocol for testing and quarantine. Only nominees and presenters attended the ceremony.