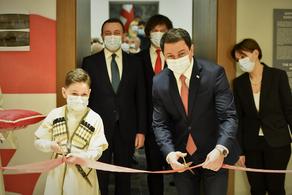 As part of the event dedicated to the 100th anniversary of adopting the first Constitution of Georgia, the "Museum of Georgian Parliamentarism named after Ekvtime Takaishvili" opened in the Parliament.

Museum visitors will receive information on the path of Georgian Parliamentarism from 1919 to the present.

The visitors can see essential documents stored in archives and libraries of Georgia and abroad.

The museum was opened by the Chairman of the Parliament of Georgia Archil Talakvadze and famous Georgian public figure Ekvtime Takaishvili's descendant.