Russell Crowe to play Zeus in the new "Thor" 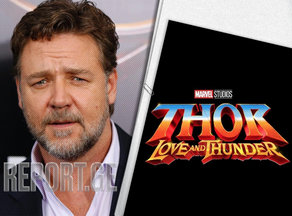 Actor Russell Crowe has confirmed that he will play the role of Zeus in the new blockbuster "Thor: Love and Thunder," Daily Mail reports.

He announced the sensational news on the show JOY Breakfast. Crowe said there was only one day left to film the movie.

"Thor: Love and Thunder" is a part of the Marvel Universe. It was shot in Sydney. In addition to Crowe, the film also stars Matt Damon, Sam Neill, and Melissa McCarthy. The premiere of the film is scheduled for May 5, 2022.