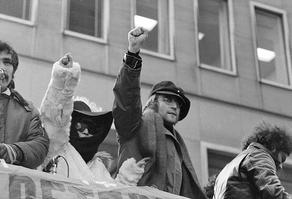 Unpublished audio recording of John Lennon and Yoko Ono will be sold at an auction in Denmark, BBC writes.

The 33-minute audio recording was made 50 years ago by four Danish teenagers a few months before the Beatles disbanded. An interview with John Lennon and Yoko Ono was recorded on the audiocassette. In addition, the record contains a song that was probably never released.

The Danish students recorded an interview with the legendary couple for the school newspaper in January 1970, when John Lennon and Yoko Ono were in Denmark. The interview was mainly about the couple's peace campaign.