Accused in the raid on the UNM office sentenced to imprisonment 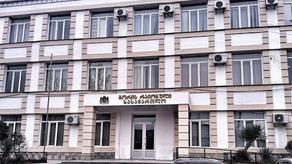 The defendants in the attack on the Gori regional branch of the United National Movement were sentenced to imprisonment as a measure of restraint.

Gori District Court discussed the imposition of a restraining order on all four detainees at today's trial. The state wanted to use detention, while the defense demanded the release on bail.

At the trial, the defendants said they were ready to pay for the damage, noting that the crime was not politically motivated.

The office of the United National Movement in Gori got raided on March 2. The Prosecutor's Office of Georgia has charged four people with damaging property.