Answer from US - information deleted from Bachaliashvili's social networks 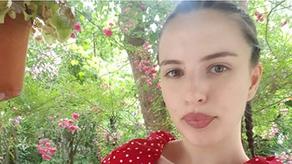 According to him, the next meeting with the Prosecutor General will take place in the near future.

It will not be our last meeting, and frequent contact is planned. There was talk of car expertise. Foreign experts will be involved. We will have the equipment that will determine all the questions related to the car," Ramishvili said.

According to Mikheil Ramishvili, the investigation is proceeding at a pace that is acceptable to them, and trust in the investigative agency depends on the result.