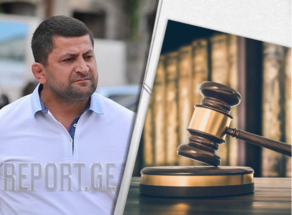 The appeal of the lawyers of the Olympic champion Zurab Zviadauri, accused of premeditated murder, was not accepted by the Court of Appeals.

The defense requested a change of custody on bail. However, the higher instance left the appeal unconsidered.

Accordingly, Zviadauri and Jaba Jangirashvili, detained along with him, who took part in a bloody confrontation in the Tsinandali forest, remain in custody.

The court hearing is scheduled for October 8. The lawyers are demanding the reclassification of the article and the release of the accused once again.

Zurab Zviadauri was sentenced to imprisonment on August 18 as a preventive measure. He is accused of premeditated murder.