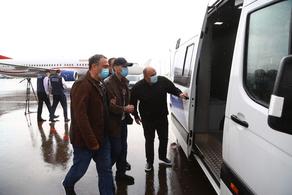 The lawyer says that Megis Kardava pleads not guilty to charges for all offenses. The defendant intends to address the Court of Appeals.

The Prosecutor's Office of Georgia required Megi Kardava's extradition on the basis of eleven criminal cases against him.

Kardava was charged in absentia; other cases against him are still under discussion in the corresponding courts.