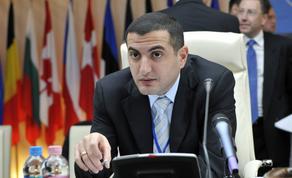 Lawyer Giorgi Gelkhauri says that the judge first sentenced Kezerashvili for 10 years and halved his sentence through amnesty afterward.

Legal proceedings against Kezerashvili were instituted six years ago. The Prosecutors Office of Georgia accused the former defense minister of squandering EUR 5 million 60 thousand; however, investigators failed to verify charges.

In 2017, the Court of Appeals found Kezerashvili not guilty. The Court of First Instance followed suit.

Legal proceedings were reinstituted against him a few days ago.