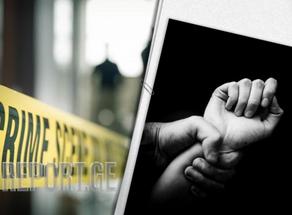 The man, 64, charged with molesting his student in Georgia's Guria region has reportedly received a prison sentence.

The 18-year-old teen girl claimed that her history teacher had tried to have sexual intercourse with her against her will. The teacher was allegedly intoxicated when he attempted to commit the crime.

The corresponding video footage has allegedly been seized. The defendant's lawyer claims this is a false accusation, and the truth will soon be revealed.