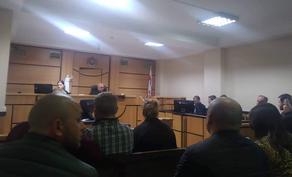 The Tbilisi City Court has sentenced businessman Gia Udesiani to imprisonment. The Prosecution has accused him of extortion of property and commercial organization shares. Zaza Gugava, who was also involved in this crime, has been released on 50,000 GEL bail.

The General Prosecutor's Office instituted criminal proceedings against Udesiani for unlawful appropriation of real estate property and commercial organization shares, as well as illegal deprivation of an individual's freedom. Legal proceedings were instituted against his accomplice Zaza Gugava as well.

Gia Udesiani was outside Georgia, which is why he was included in international wanted persons list from which he was later removed.