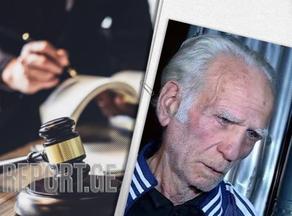 A grandfather arrested on charges of violence against his 14-year-old grandson was sentenced to imprisonment in Kobuleti.

76-year-old Solomon Tsetskhladze was sentenced to one year in prison by the Batumi City Court.

The fact of the suicide of a 14-year-old girl in Kobuleti became known on February 10.