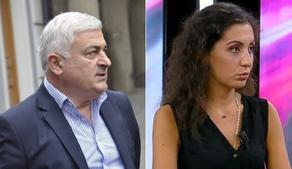 Ilia Jishkariani, the Deputy of Georgian Dream in Tbilisi City Council will attend his trial at the New Hospital Clinic.

The General Prosecutor's Office has applied to the Tbilisi City Court to impose a preventive measure on the Deputy. The session was scheduled for 12:30.

It is not yet known what type of measure the prosecution will require, but reportedly it will be on bail.

The Prosecutor General of Georgia has charged Tbilisi City Council member Ilia Jishkariani with attempted sexual harassment against his co-worker Tamta Todadze. Todadze was recognized as the affected by the General Prosecutor’s Office.