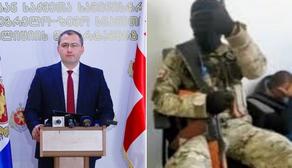 Deputy Interior Minister Vladimer Bortsvadze said that information saying that Zugdidi Bank assailant Badri Esebua has escaped after apprehension is not close to the truth.

"This is a deliberately spread blatant lie; the allegation saying that we detained the offender, and he escaped is false. We promise that you will be the first to hear from us the news on his detention," Bortsvadze said.

The Deputy Interior Minister also said at the briefing at Zugdidi regional police departmentthat investigative efforts are active to determine the offender's whereabouts.