Judicial Candidate Responds to Criticism: 11 years in prison while being innocent 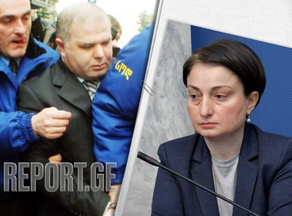 The Parliamentary Committee on Legal Affairs has completed the hearing of the candidate for the post of the Supreme Court, Nino Sandodze, and asked the main questions about the candidate's professional activities.

Responding to a statement by Fridon Injia, a member of the European Socialists, that after Gia Gvichiani spent 11 years in prison, and it turned out that he was innocent, Sandodze had no right to appeal to the Supreme Court, Sandodze said she would be responsible for absolutely every decision.

"If the judge is afraid that in the future, in 5-10 years, new evidence will be revealed, the state will accept the frightened judge. I will be responsible for absolutely every decision I make," Nino Sandodze said in response.

MPs and representatives of the third sector will listen to another candidate for the Supreme Court, Tea Dzimistarashvili.