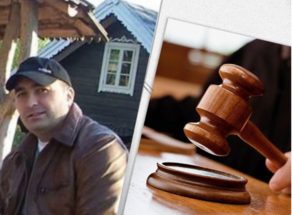 Eight versus three - a jury found Vano Zandarashvili, a former police officer accused of killing the director of the Telavi District Hospital, guilty. The court is now considering setting a sentence for the convict.

The 11 jurors debated the decision for almost ten hours. The evidence obtained by the prosecution was fully shared by the jury and agreed with the accusation in the qualification that the accused intentionally killed Zurab Sachishvili.

Vano Zandarashvili, the former Deputy Chief of Telavi Police, killed 38-year-old Zura Sachishvili, the director of the Telavi Central Hospital, in December last year in the village of Ikalto.