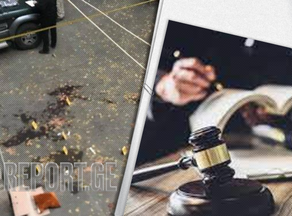 Giorgi Menabde, against who the deliberate homicide charges were filed in connection with the fatal stabbing of teenager Davit Saralidze, will be officially charged on 16 Apr.

Suspect Menabde was detained yesterday. The Ministry of Internal Affairs of Georgia released the corresponding information.

Suspect G.M. (DOB 2001) is now facing the charges of involvement in organized crime and murder of another under the aggravated circumstances.

Investigators determined that together with his peers, identified only as G.J. and M.K., G.M. stabbed minor Saralidze to kill him.

Giorgi Janashia was later released by the so-called UDO Commission.