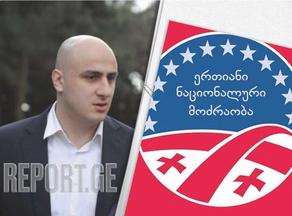 Tbilisi City Court granted bail and released Nika Melia, the chairperson of the United National Movement, from the courtroom.

Nika Melia did not attend the hearing. He will leave the 12th penitentiary institution in Rustavi soon.

The Prosecutor's Office of Georgia applied to the court yesterday regarding the change of the measure of restraint imposed on Nika Melia.

"Independent European Foundation for Democracy" paid the bail of Nika Melia on May 8.

The mediator between the Foundation and the State Treasury was the Young Lawyers Association.