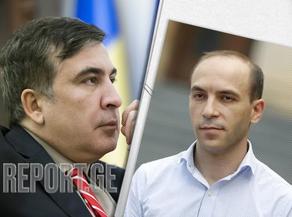 ''Mikheil Saakashvili is a victim who has been subjected to torture and inhumane treatment. Naturally, he must be released and entitled to medical treatment as a free man,'' lawyer Dimitri Sadzaglishvili said after visiting ex-president Mikheil Saakashvili to the Gori Military hospital.