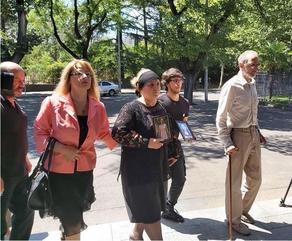 Police plan to question him over new circumstances that emerged regarding Tamar Bachaliashvili's death.

The family noticed a car in the yard of their bloke of flats and said it was suspicious.

Their neighbors have already been summoned for the questioning.

The neighbors say that the car was in the yard more than a month before Tamar Bachaliashvili vanished.

''Afterward, it has not appeared anymore,'' they add.

Jumber Bachaliashvili will also inform the police on Deputy Head of Kvemo Kartli Police Department Nikoloz Bachulashvili, who told him that his daughter 'faced a threat.'