Teenager,14,detained for attempted murder of her grandmother in Tbilisi 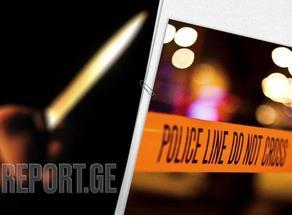 A minor, 14, has been detained for the attempted murder of her grandmother in the Mukhiani settlement, Tbilisi.

The teenage girl's grandmother sustained a blunt force trauma after she repeatedly hit her with a dull object.

The minor was reportedly detained shortly after the incident. Her grandmother's health condition is fair.

What drove the girl to commit the crime is unknown; however, neighbors say that a family conflict preceded the incident.

The 80-year-old grandmother says that the minor suffers from psychological issues because of family conflicts and the alcoholic mother. The injured woman refused to specify who called the police.

The court has already reviewed the case. The 14-year-old is now expecting her sentence in a prison cell.