This case is no longer within legal bounds: defense lawyer in Shakarashvili's case 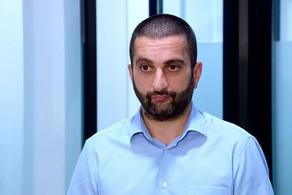 Today's ruling by the court stripped the defense of any opportunity to acquire the required evidence, according to Giorgi Gelekhauri, lawyer of the juvenile, known only as Z.Kh., one of the accused in Shakarashvili's case.

In his words, the court has already decided to meet interests of a particular section of the public.

"This case is no longer within legal bounds, and both the court and the defense have already made their decision to meet the interests of a specific section of the public by sending all passengers of the Toyota Camry vehicle behind bars under Article 109," Gelekhauri said, adding that the court refused to give the defense two weeks' time before the trial is held.

Georgia's General Prosecutor's Office instituted legal proceedings against the individuals accused of murdering Giorgi Shakarashvili, who are now facing deliberate homicide charges. Investigators learned that severely beaten footballer was thrown in the Aragvi river, in which he eventually died of asphyxia.