25th anniversary of the Embassy of Azerbaijan in Georgia 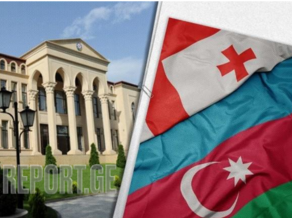 Today marks 25 years since the opening of the Embassy of the Republic of Azerbaijan in Georgia. The diplomatic mission was officially registered on March 5, 1996, and began operating in Tbilisi.

March 1996 was significant for the Azerbaijani-Georgian relations.

The national leader of Azerbaijan, Heydar Aliyev, as the head of state, paid his first official visit to Georgia on March 8-10, 25 years ago.

During the visit, which the national leader called a historical one, the two countries signed an agreement on friendship, cooperation, and mutual security, as well as other important documents. These documents created a legal basis for future bilateral cooperation.

In 1996-2004, the Ambassador of Azerbaijan to Georgia was Hajan Hajiyev.

As for the first diplomatic relations between Georgia and Azerbaijan, it was founded at the beginning of the last century, and Mammad Yusif Jafarov is considered the first ambassador of the Republic of Azerbaijan to Georgia.