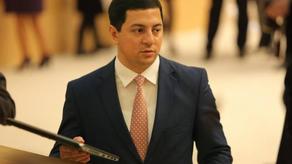 Chairperson of the Parliament Archil Talakvadze calls on the opposition to make a well-thought-out decision.

"Resuming a dialogue and coming to an agreement is required. I would advise them not to make hasty decisions. 100/50 is a far better and optimal system than 73/77, and by turning it down, they will confirm that they do not believe in themselves," Talakvadze said.

After the Supreme Court's verdict on Gigi Ugulava's case, the opposition terminated the dialogue with the government.