Citizens party leader Elisashvili: 'God forbid that I ever apologize for this' 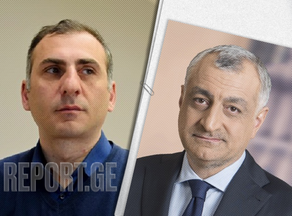 The Citizens party leader, Aleko Elisashvili, said that he had not planned to confront the leader of the Lelo for Georgia movement, Mamuka Khazaradze. In Elisashvili's words, he responded to an insult, and he regrets nothing. "I will not shrug off an insult. It will be better for everyone to know this. God forbid that I ever apologize for this," he said.

On Jan 19, a heated argument broke out between the Citizens party leader, Aleko Elisashvili, and the leader of the Lelo for Georgia movement, Mamuka Khazaradze, live on air.

The argument almost ended in a fistfight, but Rustavi 2 journalists managed to diffuse tensions.