Daushvili: Man whose seat once Gavrilov took talking about Gakharia is nothing less than cynical 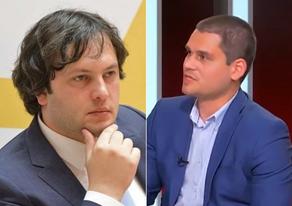 Mikheil Daushvili, a For Georgia Party member has responded to Georgian Dream Chairperson Irakli Kobakhidze's yesterday's interview and defined it as cynical.

''I think the man whose seat once Gavrilov took talking about Gakharia is nothing less than cynical,'' he told TV Pirveli.

Georgian Dream Chairman Irakli Kobakhidze said earlier that he has some questions in connection to the June 20 developments posed to then-PM Giorgi Gakharia, but the questions have so far been remained unanswered.

''June 20 rally operation was absolutely improperly planned, and this led us to grave consequences,'' he stated.