Davituliani: He could have found himself in similar situation in civilian clinic too 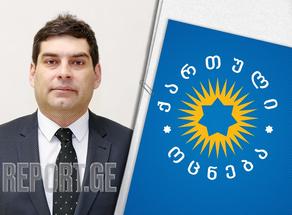 A ruling party member Beka Davituliani said that both the penitentiary system and the inmate himself must be held responsible for possible outcomes produced by a long-lasting hunger strike.

''We have never challenged the possibility of Saakashvili's state of health detoriorating; we just doubted that the civilian clinic staff is more experienced in treating patients on a hunger strike than the penitentiary system hospital. If he refused to call the hunger strike, he could have found himself in a similar situation in a civilian clinic too,'' Davituliani declared.

Lawyer Beka Basilaia said earlier that ex-president Mikheil Saakashvili collapsed after meeting lawyers and was taken away on a stretcher.

Former President Mikheil Saakashvili, detained on 1 October, has been on a hunger strike for 49 days now.