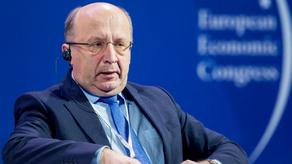 Lithuanian MEP Andrius Kubilius said that a dialogue between the Georgian government and the opposition is the only possible way out of the stalemate.

The MEP has defined the ongoing dialogue as paramount, for it is making the resolution of the current political crisis possible." Left-wing parties complain about election violations in its first round. We, the members of the European Parliament, are keeping an eye on the ongoing developments and taking account of international observers' assessments. They say that the elections were competitive, but there were also lots of violations. We appeal to all parties to follow the path of dialogue to tackle challenges," Kubilius said live in the Formula TV studio.

A meeting between the Georgian Dream and the opposition was held at The Residence of the U.S. Ambassador.