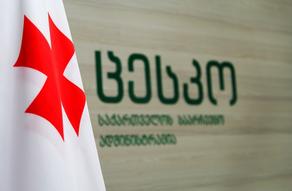 The order of power distribution in election administration between the members of the ruling party and the opposition was reviewed by the UN representatives together with the Chairman of the Parliament.According to Archil Talakvadze, “a big part of the recommendations was accepted”.

“We increased the opposition representation to achieve better quality of independence and impartiality of the election administration.Sure we cannot completely pass the management of the election administration to the opposition and at the same time we cannot maintain the dominant influence of the ruling party.There are proposed compromising options”, said the Chairman of the Parliament.

According to him as a result of the first working day of the election legislation reform working group the agreement on the main topics is achieved. Among the topics are the regulation of the order on the use of violent language and the monitoring of financing resources of the parties’.

According to Archil Talakvadze, the issues of new financing model and distribution of advertising time were also agreed.