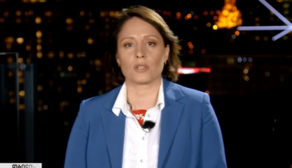 Elene Khoshtaria, the founder of the Droa Movement and former member of the European Georgia party, will run as a candidate for the post of Tbilisi assembly chairperson.

UNM head Nika Melia nominated her as a candidate.

Khoshtaria said that despite her partisan interests, she will foster diversity in the party.

The assembly chairperson candidate stressed that despite her and Nika Melia being members of separate teams, they stand ready to fight together as the time for victory has come. ''Time is ripe when we must rise above partisan interests,'' she declared.