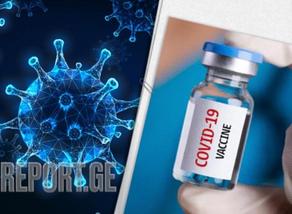 The Estonian government delivers 900,000 doses of AstraZeneca vaccines to other countries, including the Eastern Partnership countries, Georgia, Moldova, Belarus, Azerbaijan, and Armenia, the Prime Minister of Estonia, Kaja Kallas, said at a press conference.

She said Estonia would give extra vaccines to countries where the drug had not yet been given.

"This decision is related to the fact that these vaccines were not used in Estonia. Estonia has booked more vaccines than the population of the country," Kalas said.

The vaccines will be delivered as an initiative through COVAX as well as in direct delivery to the Eastern Partnership countries.