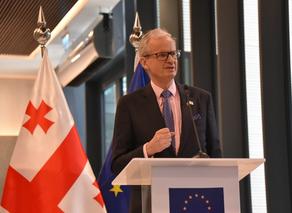 As he told reporters at Tbilisi International Airport, it’s the time of compromises.

In his words, a compromise is a sign of strength.

He said he is happy to be back in Georgia, and he looks forward to engaging in the government-opposition negotiations to help them achieve an agreement.

It is Danielsson’s second visit to Georgia, as his first visit lasted from March 12 to March 19.

Before leaving Georgia, he held a nine-hour meeting with the opposition and government, but no agreement was reached between the parties.