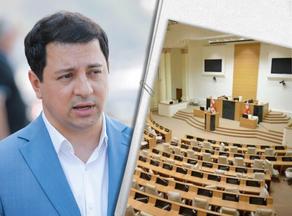 In his words, crucial moments are ahead, and the opposition will engage in the Parliament's operation.

"I know the opposition have people who respect their supporters' choice and state interests. Our negotiations aim to stand together around all this," Talakvadze declared.

In response to a journalist's question whom Talakvadze had in mind when saying this, Talakvadze answered that "more than one or two political parties will do it."

The Georgian opposition parties say they do not trust in the October 31 election results and say no to become MPs.

International diplomats have been facilitating the dialogue and negotiations between the government and the opposition.