Georgian Ambassador to the EU summoned to Brussels for secret recordings 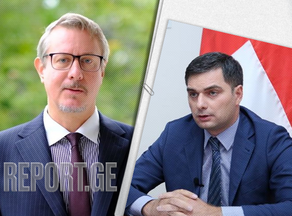 According to the EU Ambassador to Georgia, Carl Hartzell, Georgian Ambassador Vakhtang Makharoblishvili has been summoned to the EU office in connection with the alleged leaked secret recordings.

According to Hartzell, the meeting took place at the EU office in Brussels yesterday.

"It is unnatural for us that a close friend and partner country like Georgia is involved in such activities against us. Yesterday, the Ambassador of Georgia to the European Union was summoned to headquarters in Brussels, where the European Union has clearly stated its position. The EU has requested that it be kept informed," said Carl Hartzell.