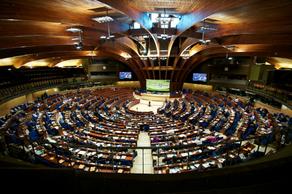 The summer parliamentary assembly session of the Council of Europe is set to be held in Strasbourg on 21-24 June.

According to the parliament's press office, Irakli Chikovani and Tamar Taliashvili, the members of the standing delegation of the Georgian parliament will participate in the session.

The information released by the press office says that the Hungarian Minister of Foreign Affairs and Trade will address the assembly. The appointment of ECHR judges and debates on the Istanbul Convention have also been planned.

Head of the Georgian Parliamentary Delegation Irakli Chikovani, who has replaced the former head of the delegation, Kakha Kuchava, will take office as vice-president today.