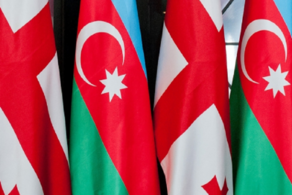 Azerbaijan is celebrating the 102nd year since the country's formal declaration of independence.

Georgian politicians have congratulated the neighbor country, together with which Georgia is implementing different significant projects, on Republic Day.

On May 28th of 1918, the National Council of The Azerbaijan Democratic Republic (ADR) declared the independence of the country, which was the first secular democratic republic in the Muslim East.

The Declaration of Independence was signed in Tbilisi. Per the Document, Azerbaijan pursued amicable relations with its neighbor countries and provided everyone, irrespective of race, religious convictions, nationality, origin, and gender, with equal rights.

The ADR was founded by Mammad Amin Rasulzade.

The country regained its independence after the USSR collapsed in 1991 and announced itself as a successor of the ADR.