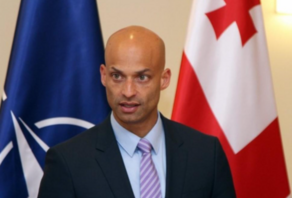 According to Mr. Appathurai, NATO member countries have always been committed to abide by the Bucharest summit decision, with statements made on this issue at high-level meetings.

In his words, Georgia and Ukraine must believe in NATO and rely on it. "We have never stepped back as Russia wants us to do so. We are willing to strengthen partnerships with Georgia and Ukraine," the NATO Secretary General's Special Representative said, adding that NATO has a strong presence both in Georgia and Ukraine, and NATO and the aspirant countries only will have the final say in the integration process. Non-member states cannot anyhow affect the decision, according to James Appathurai.