Jim Risch says Georgian Dream 'only cares about its own future' 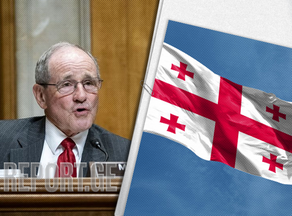 Jim Risch, ranking member of the Senate Foreign Relations Committee, has responded the Georgian Dream's recent decision on repealing the agreement by Charles Michel with his tweet, which reads as follows:

''Georgian Dream’s decision to walk away from the April 19 agreement is an abdication of gov’t responsibility, and seems to indicate that the party only cares about its own future – not that of the entire country. The people of Georgia deserve better.''