Kobakhidze on Melia: We do not want a criminal to be an MP 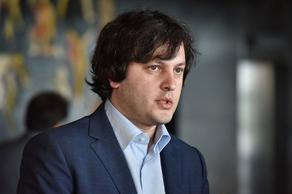 "We do not want a criminal to be an MP and our colleague," former Chairman of Parliament Irakli Kobakhidze made this statement on NM member Nika Melia.

The parliament is set to discuss the issue of suspending Nika Melia's parliamentary mandate. The court has already stripped him of his right to occupy senior positions in the public service for three years.

Mr. Kobakhidze said that Melia has officially been declared a criminal, and similar people cannot be MPs.

"We do not want the person who has officially been declared a criminal and who has perpetrated a rather serious crime to be our colleague," Kobakhidze said.