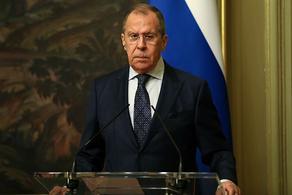 As he told the Trud newspaper, Georgia and Russia have interacted in a manner for 12 years without having diplomatic relations.

In his words, diplomatic relations were terminated 'on Tbilisi's initiative as a result of the 'South Ossetian gamble' implemented by Georgian Ex-President Mikheil Saakashvili.

Lavrov says that Russia wants to have friendly relations with Georgia.

''This is why we supported the course of normalization of mutual relations initiated by the Georgian Dream – Democratic Georgia ruling party in 2012. There are no restrictions by Russia in this respect. Our Georgian partners periodically follow a conjuncture game against Russia,'' he says.

In his words, despite all information mentioned above, regular transportation of buses resumed in 2019, while flights began in 2014.