Lawmakers will listen to Shota Getsadze 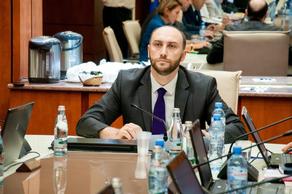 Today Parliamentary Committee on Legal Affairs will listen to Shota Getsadze, a candidate for the Supreme Court Judge position.

In 2003-2006 Shota Getsadze worked as a secretary of the Tbilisi Court of Appeals and later as an Assistant.

It is already the third day that the Parliament is hearing to the candidates. The parliament  has already completed the hearing of Tamar Alania and Merab Gabinashvili.