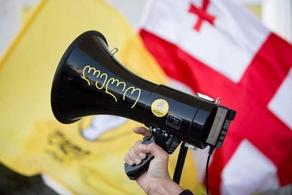 "The plot broadcast on March 6, 2021, on TV Pirveli, including Bera Ivanishvili's conversation with Irakli Garibashvili and Anzor Chubinidze, contains signs of the most severe organized crime.

Lelo's demands are as follows:

1. Swift launch of an investigation into the facts mentioned in the recordings;

2. Involvement of high-reputation international investigative agencies in the probe;

3. Prevention of the influence on the investigation. Prime Minister Irakli Garibashvili and the head of the Special State Security Service Anzor Chubinidze must immediately resign," the statement reads.