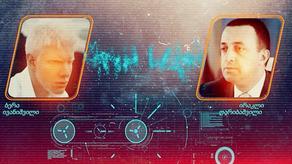 As the recording sounds, Bera Ivanishvili asks Garibashvili to crack down on specific individuals because of Facebook comments.

The date of the recording is unknown.

Besides, Bera Ivanishvili and Irakli Garibashvili discuss the details of reprisal with Chubinidze.