Meeting of Foreign Ministers of Azerbaijan, Georgia and Turkey to be held in Baku 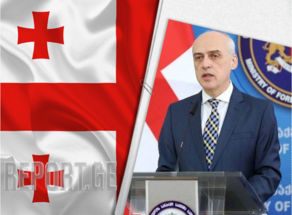 He will take part in the 9th meeting of the Foreign Ministers of Azerbaijan, Georgia, and Turkey, held in Baku.

During the visit, Davit Zalkaliani will also hold face-to-face meetings with his Azerbaijani and Turkish counterparts, Jeyhun Bayramov and Mevlüt Çavuşoğlu.

The last meeting of the Ministers of Foreign Affairs in the same format took place in Tbilisi in December 2019. That is when the foreign ministers agreed that the next meeting would be held in Baku.