Members of the European Parliament: We welcome the agreement reached in Georgia 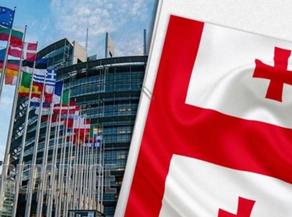 MEPs Marina Kaljurand, Sven Mikser, and Viola von Cramon respond to the agreement reached between the part of the opposition and the government in a joint letter.

European politicians write that they wholeheartedly welcome the agreement reached and call on the rest of the opposition to show the same courage.

According to them, the European Parliament is ready to continue close cooperation with the Parliament of Georgia.

"We do believe that this proposal is politically balanced and places the needs and legitimate expectations of all Georgian citizens at the center of the debate.

It offers a way out of the current political impasse and can help to reduce the political polarisation that has poisoned Georgia's political life for too long. The proposal gives fresh impetus to the consolidation of democracy and the rule of law, thus matching Georgia's European aspirations," MEPs noted.