Mikheil Saakashvili: Ivanishvili has always been the patriarch's personal enemy 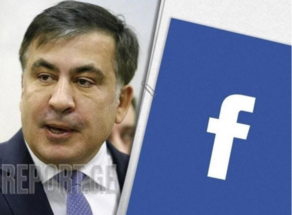 According to the third president of Georgia, Mikheil Saakashvili, Bidzina Ivanishvili was a personal enemy of Ilia II, and he has witnessed this many times. He said this in a video address.

He responded to the spread of alleged secret files and said that Ivanishvili was the client of the surveillance.

"All this has one person in charge, Ivanishvili. His task is to destroy all state institutions.

He practically destroyed the parliament in Kutaisi and moved it to Tbilisi; he tried to destroy the Georgian media and has not succeeded yet. And he was always very annoyed (I am a witness to that) by the Georgian Church and was always a personal enemy of the Patriarch. I have witnessed this many times; I know what I am talking about. This is where the provocation, filth, gossip, criminal cases, and now compromising personal life come from," said Mikheil Saakashvili.