Nika Melia: I do not wish to return to the parliament 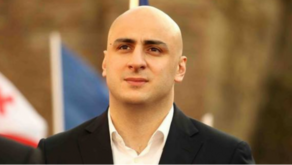 The Constitutional Court has discussed a lawsuit by a leader of the United National Movement Nika Melia, with the closing argument being made.

In Mr. Melia's words, he does not wish to return to the parliament; however, he thinks the parliament has made a politically motivated decision, and he believes that the Constitutional court will render an unbiased verdict.

Nika Melia filed a lawsuit at the Constitutional Court to appeal against the early termination of the term of office.

The Tbilisi City Court imposed GEL 25,000 fine upon Nika Melia over the Cartu Bank bankruptcy case and stripped him of the right to take senior positions for three years. He was declared guilty on one count and acquitted on the other charge. Following this ruling, the parliamentary majority upheld his termination.