Parliament will listen to Alania and Gabinashvili 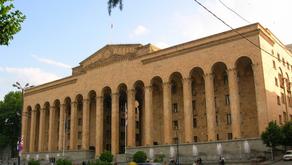 Hearing of the applicant for the position of Supreme Court Judges started at the Parliament.

The Legal Issue Committee will listen to Tamar Alania and Merab Gabinashvili selected by the Supreme Council of Justice.

The hearing of the candidates will be held in public participation format.The representatives of the opposition and the third sector will have the opportunity to participate in question and answer process.The hearing of each candidate will last 6 hours.The voting will take place after the hearing of all candidates. There are total of 20 applicants participating in the competition for the position of Supreme Court judge.The applicants were selected based on the number of votes from the committee members.The committee is staffed with acting judges, the acting Secretary of the Supreme Council, former members of the Council, Chairman of the Constitution Court, General Prosecutor and his Deputy.

The applicants for the position are the following: