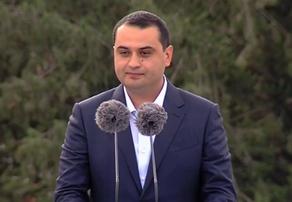 The Georgian Dream ruling party has presented Zaur Dargali as a candidate representative of Marneuli-Gardabani in Georgia's Parliament.

Leaders of the Georgian Dream noted that Dargali would support locals' interests in the Parliament.

PM Giorgi Gakharia says the ethnic diversity is the wealth of Georgia.

''Ethnic diversity is where we should start daily work to strengthen the country,'' he said.

In Gakharia's words, Marneuli is the most developed agricultural region of Georgia, as it exports a significant amount of goods from the area.

''We should fight and gain victory together,'' Gakharia remarked.