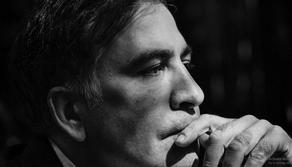 The third President of Georgia, Mikheil Saakashvili, responds to the telephone conversation between the US Secretary of State, Mike Pompeo, and the Prime Minister of Georgia, Giorgi Gakharia expresses his disappointment with Mike Pompeo.

"For my entire political career, in Georgia and Ukraine, I have been a steadfast ally of the U.S. Indeed, I am generally seen as the most prominent, consistently pro-American voice in this entire region, where democracy is constantly under siege by Putin and his oligarch cronies. I will never change my position that the U.S. is the indispensable strategic partner and the exemplar of democracy in the world. However, at this critical time, I must express my disappointment with yesterday's statement by Secretary Pompeo following his call with Giorgi Gakharia, who is the leading puppet of the Ivanishvili regime controlled directly by the Kremlin.

Just three months before the parliamentary election, Georgia is at a crossroads. The Georgian people are overwhelmingly pro-Western and specifically pro-American, as poll after poll has demonstrated for many years. However, the Georgian government — led by Gakharia and controlled by Russian oligarch Ivanishvili — has consistently and unequivocally demonstrated since 2012 that they will stop at nothing to drag Georgia back into the Kremlin's influence, without regard for the desires of the Georgian people.

I do not doubt that Secretary Pompeo knows this very well. For just one example, Ivanishvili, Gakharia, and their minions in the Georgian Dream have succeeded in destroying the Anaklia deep-sea port project, which I originally envisioned during my presidency. Secretary Pompeo himself has emphasized the huge significance of Anaklia for the U.S. and Georgia, in public, several times. I am sure he understands the role of the Georgian Dream in derailing this project. In doing so, Ivanishvili and Gakharia acted directly in Russia's interests — and blatantly ignored the warnings from Washington. It is just one egregious example, but there are many more.

Why is America losing influence in Georgia? Because Russian oligarchs do not understand diplomatic language. Their puppets, like Gakharia, do not heed diplomatic statements from Western partners; Gakharia responds only to Ivanishvili and Moscow.

Therefore, it is an absolute waste of time for the U.S. Secretary of State to engage Gakharia in a conversation about democracy. It is counterproductive for U.S. interests. Already, Gakharia has Tweeted about his conversation with Secretary Pompeo as though the U.S. government has endorsed the Georgian Dream! I am sure this did not happen, but U.S. officials must not give Ivanishvili and his minions any opportunity to twist their words.

The Georgian people already know very well that Ivanishvili, Gakharia, and the ruling party are advancing the destructive Russian agenda in Georgia at the expense of U.S. — and Georgian — interests. It is an unequivocal fact, and it is high time for the U.S. to take an unequivocal position! If Moscow's puppets prevail again in this election, it will be a devastating blow for U.S. interests in this region, utterly squandering the enormous resources that the American people have invested over several decades of U.S.-Georgia partnership.

The stakes are higher than ever, and I hope future statements from Washington will reflect that. If the U.S. continues to equivocate, and to be perceived as supporting Georgian Dream in this crucial election, the millions of Georgians who fully support the U.S. — and American values of freedom and democracy in Georgia — will be abandoned by the country that we all look to as a shining example for the world!" Saakashvili writes.